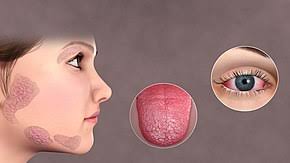 Sjögren syndrome (SjS, SS) is a long-term autoimmune disease that affects the body's moisture-producing glands. Primary symptoms are a dry mouth and dry eyes. Other symptoms can include dry skin, vaginal dryness, a chronic cough, numbness in the arms and legs, feeling tired, muscle and joint pains, and thyroid problems.Those affected are also at an increased risk (5%) of lymphoma.

While the exact cause is unclear, it is believed to involve a combination of genetics and an environmental trigger such as exposure to a virus or bacteria. It can occur independently of other health problems (primary Sjögren syndrome) or as a result of another connective tissue disorder (secondary Sjögren syndrome).The inflammation that results progressively damages the glands. Diagnosis is by biopsy of moisture-producing glands and blood tests looking for specific antibodies. On biopsy there are typically lymphocytes within the glands.

Treatment is directed at the person's symptoms. For dry eyes artificial tears, medications to reduce inflammation, punctal plugs, or surgery to shut the tear ducts may be tried. For a dry mouth, chewing gum (preferably sugar-free), sipping water, or a saliva substitute may be used. In those with joint or muscle pain, ibuprofen may be used. Medications that can cause dryness, such as antihistamines, may also be stopped.

The disease was described in 1933 by Henrik Sjögren, after whom it is named; however, a number of earlier descriptions of people with the symptoms exist. Between 0.2% and 1.2% of the population are affected, with half having the primary form and half the secondary form. Females are affected about ten times as often as are males. Though the disease commonly begins in middle age, anyone can be affected. Among those without other autoimmune disorders, life expectancy is unchanged.

Characteristic dryness appears at multiple locations like the tongue, face, and eyes.

The hallmark symptom of Sjögren syndrome is dry mouth and keratoconjunctivitis sicca (dry eyes). Vaginal dryness, dry skin and dry nose may also occur. Other organs of the body may also be affected, including the kidneys, blood vessels, lungs, liver, pancreas, and brain.

Skin dryness in some people with SS may be the result of lymphocytic infiltration into skin glands. The symptoms may develop insidiously, with the diagnosis often not considered for several years because sicca may be attributed to medications, a dry environment, aging, or may be regarded as not of a severity warranting the level of investigation necessary to establish the presence of the underlying autoimmune disorder.

SS can damage vital organs, with symptoms that may plateau or worsen, or go into remission, as with other autoimmune diseases. Some people may experience only the mild symptoms of dry eyes and mouth, while others have symptoms of severe disease. Many patients can treat problems symptomatically. Others experience blurred vision, constant eye discomfort, recurrent mouth infections, swollen parotid glands, dysphonia (vocal disorders including hoarseness), and difficulty in swallowing and eating. Debilitating fatigue and joint pain can seriously impair quality of life. Some patients can develop kidney involvement (autoimmune tubulointerstitial nephritis) leading to proteinuria (excess protein in urine), urinary concentrating defect, and distal renal tubular acidosis.

Among the complications discussed above, women with anti-Ro/SS-A and anti-La/SS-B antibodies who become pregnant have an increased rate of neonatal lupus erythematosus with congenital heart block requiring a pacemaker. Type I cryoglobulinemia is a known complication of SS.

Sjögren's syndrome can affect such organs as the liver, pancreas, kidneys, lungs, and central nervous system.

SS is associated with a number of other medical conditions, many of which are autoimmune or rheumatic disorders, such as celiac disease, fibromyalgia, SLE (lupus), autoimmune thyroiditis, multiple sclerosis and spondyloarthropathy, and several malignancies, principally non-Hodgkin lymphoma.

The cause of SS is unknown, but it may be the influence of a combination of genetic, environmental, and other factors, as is the case with many other autoimmune disorders. Around 20 auto-antibodies could be involved.

The observation of high rates of autoimmune disorders in families with SS is linked with a genetic predisposition to the syndrome. Studies on the polymorphisms of human leukocyte antigen (HLA)-DR and HLA-DQ gene regions in SS patients show differential susceptibility to the syndrome as the result of different types of the resulting autoantibody production.

Microchimerism of fetal cells (offspring lymphoid cells in maternal circulation) may generate autoimmunity in women who have previously been pregnant. Generation of an autoimmune potential via microchimerism may lead to a switch from a silent form of autoimmunity with age-dependent decrease in self-tolerance.

Viral proteins, engulfed molecules, or degraded self-structures may initiate autoimmunity by molecular mimicry and increase the chances of SS development. Epstein–Barr virus, hepatitis C, and human T-cell leukemia virus-1 are among the most studied infectious agents in SS. Damaged self-structures targeted for apoptosis may be mistakenly exposed to the immune system, triggering autoimmunity in exocrine glands, which are often prone to autoimmune responses. 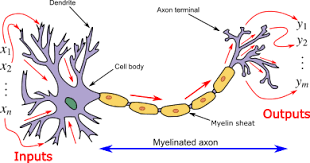 Artificial neuron and its types

Common types of industrial 3D imaging and its Applications 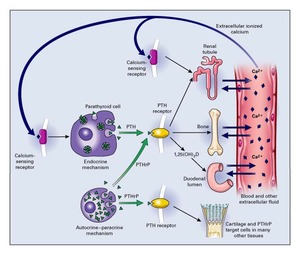 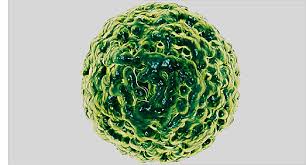