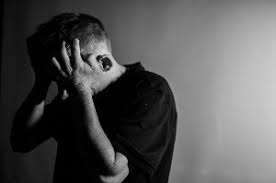 Symptoms of traumatic stress can be both physical and emotional. Physical symptoms include trembling, shaking, a pounding heart, rapid breathing, choking feelings, stomach tightening/churning, dizziness/faintness, and cold sweats. Emotional symptoms include racing thoughts and excessive feelings of shock, disbelief, fear, sadness, helplessness, guilt, anger, shame and anxiety. Furthermore, many people revert to certain coping mechanisms. In children, that may include a loss of being able to take care of themselves (no longer able to eat on their own or be toilet trained). In adults, there can be an increase in impulsive behavior and dependence on others (leading to an inability for them to make "thoughtful, autonomous decisions".

Another disorder in this category is acute stress disorder, which is listed in DSM-5 under code 308.3, ICD-10, F43.0. According to the DSM-5 "Acute Stress Disorder is caused by trauma (traumatic stress) and lasts at least 3 days."

Another disorder in this category is adjustment disorder DSM-5 code 309, ICD-10, F43-2. "Adjustment disorder is a manipulative reaction to identifiable psycho-social stressor(s) or life change(s) characterized by preoccupation with the stressor and failure to adapt."

Journal of Trauma and Orthopedic Nursing

Journal Gaining Broad Readership and High Impact around the World

Understanding the Biology of Body Weight Regulation in Children